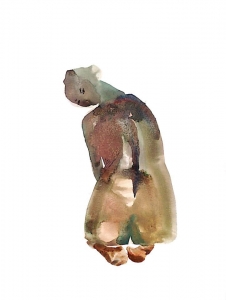 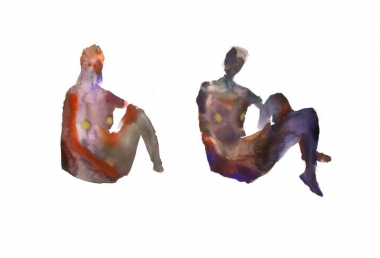 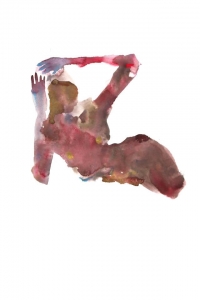 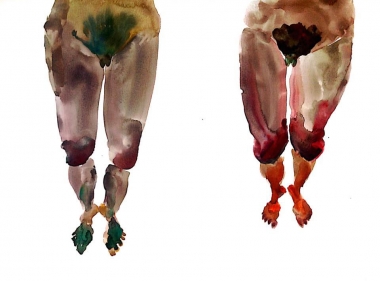 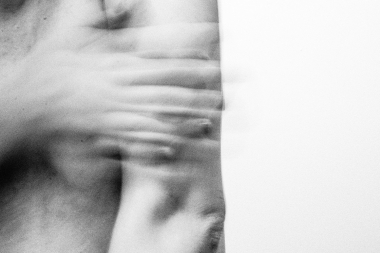 “I am my own landscape,
I watch myself journey ­
Various, mobile, and alone.”
- Fernando Pessoa


In these lines by Pessoa, a Portuguese poet writing in the 1930s, he expresses a position and feeling of estrangement that may not be so unfamiliar to many of us in the 21st century. As a Chinese woman from Macao who recently relocated to New York, the work of my exhibition, “I am my own landscape” - which is comprised of watercolor paintings and B/W photographs - uses my body as a venue for exploring the experience of mobility and the ways in which it is simultaneously written and felt.

Through its Portuguese connection, Macao was one of the original points of contact between Europe and Asia, a place where culture, arts, and people intermingled. This earlier era of globalization laid the groundwork for new generations now so familiar with living in multiple locations and communities. In this context, the female body and Chinese body have both been overwritten as mysterious objects in western fantasies of the exotic other. Growing up in Macao, amidst its gaming and leisure industries, I regularly encountered marketed visions of Chinese femininity and sexuality. In addition to cultural objectifications of these bodies, who I am is also tied up with the very personal relationship I have with my family, my mother, and my sisters. Who I am has been defined by what I’m told to do, and what I go against.

My work is an aesthetic relationship to my emotions, a way of making connections between new and old places. The nude in art can be seen in work from the classical to kitsch. However, for me, nudity is what I have brought with me. Sometimes I'm not able to notice the landscape around me. Often my body is the only thing I feel and see. I exist like a landscape, one that may not be so easily labeled.