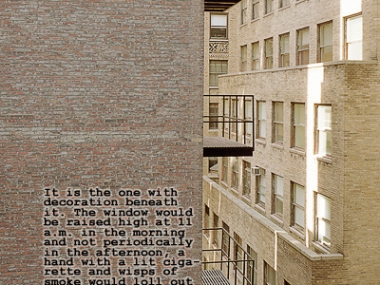 Zheng Yaohua was born in Shanghai, China in 1962. He studied Chinese language and literature at Shanghai Normal University where he received his Bachelor's degree in 1985. He has been a video editor, motion graphic designer and a writer for more than a decade before starting to treat photography as a serious tool for his art creation. Zheng currently lives and works in New York City, U.S., where he has to be merely an on-my-way-to/from-office photographer, but as serious as he has been.

After spending a year in New York, 2004, four photographs from Zheng's Under Manhattan Bridge were selected to be included in a publication 28mm: OFFLINE (Netherlands). In 2006, he was awarded first place in QMA Seven Train Photo Contest hosted by the Queens Museum of Art (New York City). His debut photo book Sleepwalk was published in 2010.

Zheng is an awardee of 2011 QCAF award, funded by the NYDCLA Greater New York Arts Development Fund, for his important project On Their Sites started in early 2007. The work was sparked by his contemplation of mundane things and average individuals.