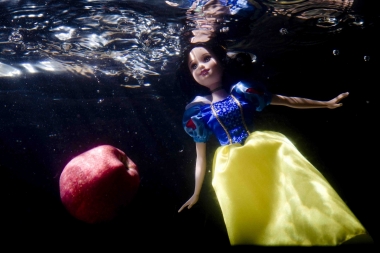 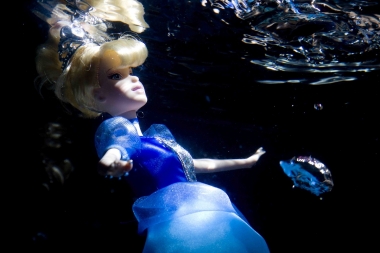 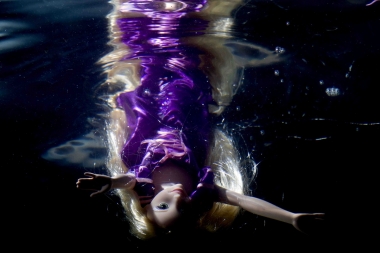 One Day, I really wanted to shoot portraits in the water. Because I was attracted by Howard Shatz’s underwater works. In order to catch the movement under water, I bought a fish tank and put it into the studio. In a fortuitous coincidence, I put some kinds of dolls into the water and observed their movement which was so beautiful. The water surface looks like a mirror that contacts the two different worlds. The doll will float through water slowly. You could guess which doll could fly in the sky or down to the planet. Being a photography student in the United State, and containing knowledge of another culture, I wanted to reflect and combine different perspectives through the most beautiful underwater works.

Mercury is the first in distance from the Sun in the solar system. In China, they call Mercury “水星” which means the water planet. In this exhibition, you will find different types of portraits with six beautiful princesses. They seem to drop down to earth from Mercury, the water planet.