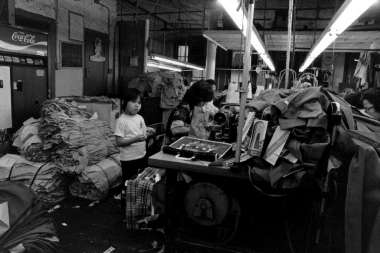 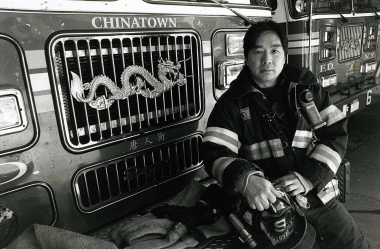 The main goal of Lee’s work is to chronicle and explore the diversity and nuances of Asian American culture overlooked by mainstream media and to make sure Asian American history is included as a part of American history. In a quote from Asianweek he said that photography has a distinct purpose ‘…every time I take my camera out of my bag, it’s like drawing a sword to combat indifference, injustice, and discrimination, trying to get rid of stereotypes.’

Lee’s documentation of Asian Americans ranges from a chronicle of everyday life to capturing monumental historical events such as the struggle for civil rights. One of Lee’s most significant achievements came in 1975, when a photo he took of a Chinese-American being brutalized by the police appeared on the cover of the New York Post. That day, Mr. Lee recalls, 20,000 people marched from Chinatown to City Hall to protest police brutality. He also chronicled the furious protests by the Asian American community in the aftermath of the Vincent Chin murder trial in 1983 when the two laid-off Detroit autoworkers who had murdered Chin in the mistaken belief that he was “Japanese” and had “stolen” their jobs, were freed without facing a single day of jail.

Corky Lee refers to himself as the “undisputed unofficial Asian American Photographer Laureate.” Lee’s photographs have documented the daily lives of Asian Americans as well as various historical moments in American history.

Lee’s work has been widely recognized and has had a profound influence, shaping American perceptions of Asian American society. In 1988, former New York City Mayor David Dinkins dedicated May 5th to honoring Lee’s body of work. Lee was honored a second time with May 7, 1993 being announced as “Corky Lee Day” to again commemorate his fine work on behalf of the Asian American community.