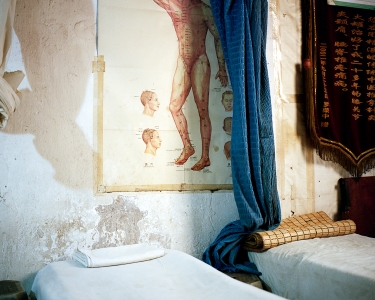 Wenjie Yang is a photographer based in Shanghai where she was born and raised. In 2010, Wenjie graduated from the International Center of Photography in New York City and received the Director's General Excellence Award. She holds a BFA as a Director from the Beijing Film Academy.

Wenjie comes to photography with a background in advertising and film production. Her recent personal photography projects include “A Room Of Her Own” in New York and Shanghai, documenting single women in their apartments exploring the complexity of an independent modern woman's life. “Last Summer” documents a disappearing way of life in China, the type of community in which she was raised. In addition to her photographic work, Wenjie engages in storytelling through multimedia platforms leveraging audio, video and still images.