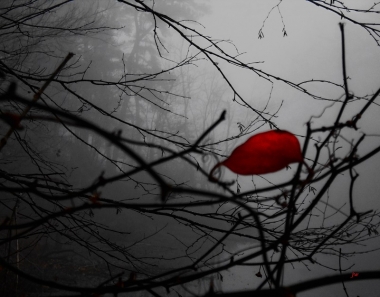 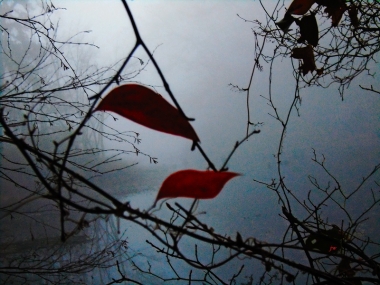 Born in Beijing, China, Joanne Wang developed an interest in Chinese poetry, art, and calligraphy at an early age. She studied English literature in Fudan University in Shanghai and then came to America to pursue further education. Since coming to the United States, she has drawn artistic inspiration from the Western tradition. In addition to building a career in the competitive world of publishing in New York City, Joanne continued her painting and calligraphy practice. In her work one sometimes sees the serenity and tranquility of Chinese traditional painting, and other times an adventurous foray into abstraction, as a mode of aesthetic freedom. Individual works arise as the result of particular occasions and emotions, which explains the wide range of subjects and moods, from classical serenity to modernist dynamism. She now divides her time between NY and RI.

Alfred Corn, American poet and essayist, wrote about The Art of Joanne Wang:

Central to Chinese cultural tradition is the art of poetry. Painting was not at first regarded as an important and significant practice in China’s early history. When visual artists with serious ambitions began to appear, they sought to lend legitimacy to their paintings by including poems as part of the whole, inscribing classic texts in empty parts of the picture space. For their paintings they used the same ink and brushes as were employed for writing, which explains why Chinese painting is mainly a monochrome tradition. Actually, Chinese painting is best understood, in essence, as a form of writing.

Meanwhile, writing itself moved from a mere convenience for conveying and preserving messages and texts toward a new form of visual art, what has come to be called “calligraphy.” The Greek origin of the word means “beautiful writing.” In Chinese it is called shu fa (书法) or “the method for writing”. It's a term which doesn’t suggest calligraphy’s artistic potential. Calligraphy as an art was pioneered and brought to special prominence during the Jin dynasty by Wang Xizhi (303–361). Tradition tells us that he was taught calligraphy by the Lady Wei Shuo, a fact that doesn’t surprise us when we reflect that most women tend to have a more attractive handwriting than most men. Yet none of the celebrated calligraphers in Chinese tradition have been women. Joanne Wang, a direct descendant of Wang Xizhi, has demonstrated that calligraphy is not a closed shop and that a woman artist can excel in it. The fluidity, spontaneity, vitality that is expected in good calligraphy is abundant in her work. Though she uses the same style of calligraphy as her ancestor, the xing shu (“walking” or “running”) script, it is inflected by her own artistic personality so that her calligraphy is not an exact duplicate of the work of any previous artist. Further, in keeping with the emphasis on scale in contemporary art, she has produced larger examples of calligraphy than we find among the classic calligraphers.

Wang is also an ink painter and has produced new treatments of favored subjects in the Chinese tradition: bamboo, mountains, orchids and birds. But as an artist of the 21st century she has expanded her range to include photography, collage and abstraction. Recent influences on her work include the Belgian ink painter Henri Michaux, the “action” paintings of Jackson Pollock, and the Chinese Modernist painter Mu Xin. Mu Xin strove to incorporate modern Western aesthetic perspectives into the Chinese tradition, and Wang does the same. In particular, she has managed to revitalize Mu Xin’s techniques of using the random “behavior” of ink as it is spilled and pressed under glass as a point of departure for discovering design and figuration. This approach recalls Leonardo’s famous instruction to his students: before arriving at a subject and direction to take for your fresco, look at the cracks and irregularities in the wall where the fresco is to be painted. They will suggest your ultimate design. The random behavior of spilled ink then becomes a sort of Rorschach test, a divining rod, for discovering unconscious concerns.

As for the Pollock influence, not many people know that he began his Abstract Expressionist paintings by sketching out a few schematic human figures on the canvas before beginning to drip paint on it. The figures resembled those Chinese characters which seem to suggest the human figure, for example, the character ren in its various permutations. If Wang has made use of the dynamism of action painting it is simply reclaiming the Chinese influence on Pollock, whose rhythmic arcs and loops of paint are actually a form of abstract calligraphy, in which movements of the arm replace movements of the wrist. In both cases, the balance of control and spontaneity is crucial.

Wang’s photographs embody the effort to see in natural subjects the potential for calligraphy. To see Nature as a form of writing, to find in each tree, leaf, reed, or water surface, its essential form and character, what the writer Liu Xie (465-522) referred to in his The Literary Mind and the Carving of Dragons (文心雕龙)as its wen. Discovering and revealing that essential character requires digital adjustment of the photographic image, and we see that Wang prefers to emphasize darkness over light, with the result that her blacks have the sooty, satiny richness associated with the early Aesthetic movement in photographic art.

In all her modes and moods, Wang follows the enigmatic principle first formulated by the fifth century aesthetic theorist Hsieh Ho, who said visual art needed Ch’I yün sheng tung, which can be translated as “The life of the spirit in the rhythm of things.” Nature, the human eye (and the camera eye), the mind, the emotions, and the painting hand must all unite in a rhythmic expression that has the essential quality of truth. This is what we find happening in the art of Joanne Wang.