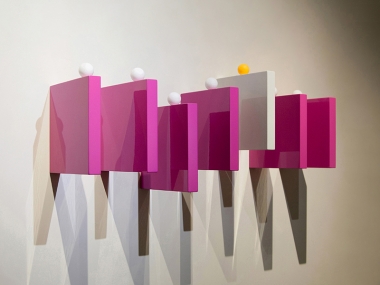 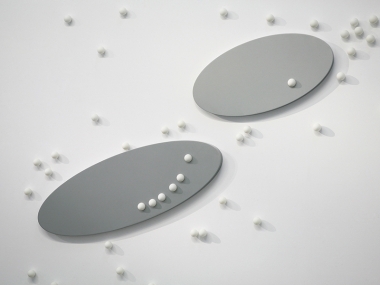 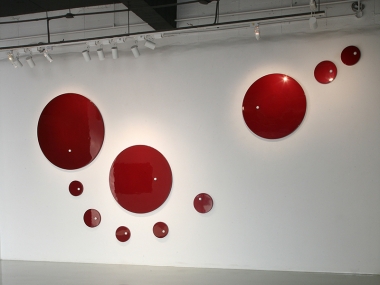 Chen Hui-chiao was born in Tamsui, Taiwan, in 1964 and was one of the founders of IT Park Gallery in Taipei. She is also one of only a handful of female artists from Taiwan currently active on the international art scene. In 1987, Chen first experimented with spatial installations and following her work You’re the Rose, I’m the Needle (1993) started to attract the attention of the local art community. After the pieces Within Me, Without Me in Space, Within Space (1997) and Then Sleep, My Love (1998) Chen’s renown grew and the solo exhibition “Here and Now” at the Museum of Contemporary Art, Taipei, in 2006, confirmed her status as a star in the firmament of contemporary Taiwanese art.

In Taiwan, Chen Hui-chiao is known for the new standards she has established in her dual role, first as director of IT Park Gallery, widely considered an important “promoter of modern art.” With her excellent understanding of the artistic environment, many of the up and coming artists who have exhibited works at the gallery have gone on to make a name for themselves. IT Park Gallery was established in 1988 and in 2009 was awarded the 13th Taipei Culture Award. In that timeframe, Chen’s works have earned her a reputation as something of an enigma in Taiwan’s contemporary arts scene, known for pushing extremely simple materials to their limits and using them to explore new territory.

Chen Hui-chiao has been invited to show works at numerous international exhibitions. These include: “Everyday Miracles (Extended)” at the SFAI Walter and McBean Galleries and REDCAT in Los Angeles, 10th Istanbul Biennial and the Gwangju Biennial 2002 in South Korea. She also participated in “Face to Face – Contemporary Art from Taiwan” a touring group exhibition of art museums in Australia, “Inside Out – New Chinese Art” a touring group exhibition of art museums in the US and the Osaka Triennale 1996/7th International Contemporary Art Competition. Chen’s works have been collected by art galleries and private art collectors across Taiwan and she has served as a judge at the SANCF Award, Taipei Artist Village, Taipei Arts Award and the National Award of Arts. Since 2006, Chen has also been the recommended consultant for Taiwanese artists at the Glenfiddich Artists’ Village in Scotland.