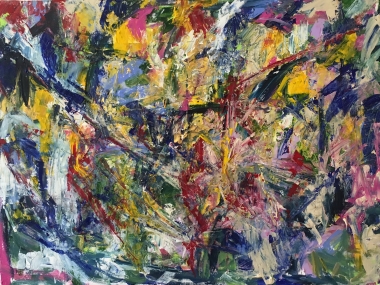 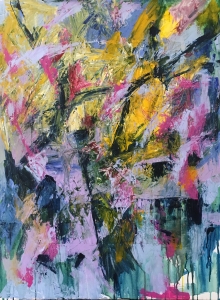 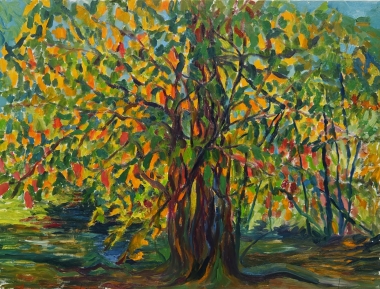 Xiaoxue Liu grew up in China, and decided to become an artist at 15. She graduated from Nanjing Arts Institute in 2003. Moving to the US at 23, Liu studied graphic design at the University of Bridgeport (Connecticut) and earned BFA. She continued her artistic journey at Savannah College of Art and Design in Georgia and earned MA in animation, concentrating on animation using computer-driven design. While there, she realized that her interests were more focused on drawing rather than CGI. She went onto move to Raleigh, North Carolina with her husband.

Liu has many influences, from Van Gogh, David Hockney to Chinese traditional art. She is currently interested in experimenting and exploring different media. Her style flows between abstraction and realism, with an emphasis on Chinese calligraphy and painting. Liu paints this way to connect with where she grew up in China, as having left China ten years ago she misses it at times. Elements of Chinese traditional, abstract and impressionistic art, as well as influences by French impressionism and landscape art can be seen throughout her works.

Now Xiaoxue Liu is the the membership of The Silk Road Overseas Organization. In the last two years, she has been active both in America and in China. Her works have been selected to be in the professional exhibitions such as “Mountain, Sea and Nature” life drawing exhibition in Heng Gallery, Nanjing, 2014 and “Eye and mind” 2015 China contemporary synesthesia experimental art exhibition in Shenzhen Art Institute, China. From September 27 to December 27 in 2015, she also had her solo exhibition “One Flower, One World “in Fo Guang Shan Temple, Raleigh, NC. In December 3-6, her watercolor works showed in Fridge Art Fair-2015 Miami Art Basel. In December6-9 2015, her works showed in Split Level Gallery, DUMBO Brooklyn. In March 2016, her work selected and show in 2016 North Carolina Artists Exhibition. In July 2016, her three watercolor works joined and sold in private auction in Beijing, China.