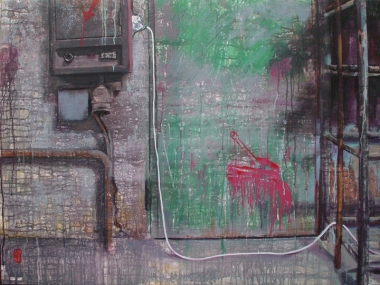 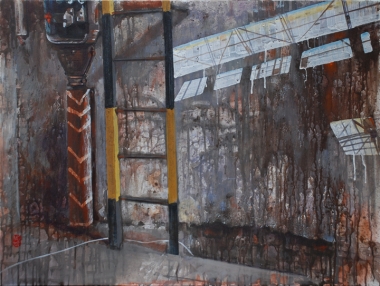 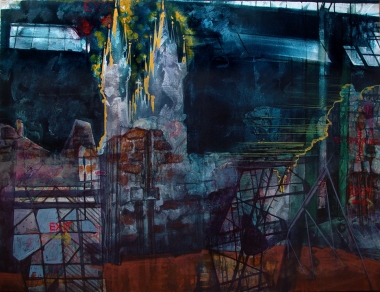 Michael is a New York based Artist, born in Shanghai, China in 1977.
His work has been exhibited in galleries and art museums, including The New York State Museum, The National Arts Club, The Salmagundi Art Club, The Society of Illustrators, Grady Alexis Gallery,the Gallery 456, Chinese-American Arts Council, and Museum of the Fashion Institute of Technology. He has studied at the Outreach Program of Cooper Union, Renaissance Art at Polimoda Florence, Italy and received a Bachelor degree of Fine Arts in Illustration at Fashion Institute of Technology, New York.. He is also the co-founder of the Art Nest school.


"Zlata Praha" is a series of paintings intend to explore the striking contrast between the grandeur of the storied architecture of Prague, Czech Republic and its more eroded utilitarian structures. Often hidden underground and underneath the classic face of the city, these bunkers, abandoned factories and shelters are mostly forgotten. The artist finds this world to be as striking and powerful as it's surface counterpart. The intent of the work is to manifest the abandoned factories from the communist era as a reminder of the country's recent past. This world-within-a world, symbolizes an extreme social change that took place throughout the region and to an extent globally. The imagery is something that would bring back memories for many who lived through that chapter of history. Would the irony that arises from such co-existing architectures offer a clue for socio-economic change happening in the present and foreshadowing the future or would the tides of gentrification clear the debris, simply to disappear without a trace?