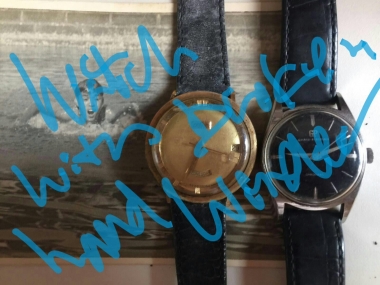 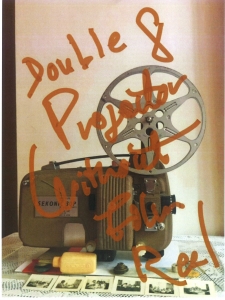 Inspired to be a writer during childhood, I wasn’t able to realize that dream and now find it increasingly difficult to write. Having begun my career as a journalist, I later switched to arts administration by accident. Ten years ago, I was lured to become a producer for independent films while crossing the river by feeling the stones. Looking back, everything happened for a reason and I am actually getting closer to the core of creative production.

A retention note dedicated to my first image-text creative exercise.

I have a reputation among friends to wear my parents' old clothes. It has gradually become my ‘trademark’ and my other relatives began “donating” their old stuffs to me. My family collection kept expanding as a result. I was also particularly drawn to all the stories behind these items. It would have been a wonderful pleasure to come up with a ‘memoir’ for each of these precious items. To me, they were not just a piece of second-handed object. Upon collecting these items, I feel like having a dialogue with my family members while engaging with these items in one way or another. They are indeed part of my family histories. I wonder if the concept of “family heirloom” (to pass things from generation to generation) is still valid nowadays while we tend to go towards the fast/ disposable/ cheap culture.

In retrospect, I began my search from the belongings of my father, for whom I have a strong emotional attachment. We had a similar appearance and shared the same adventurous spirit. I always couldn’t help to imagine if I was born a man growing up in the 1950s and 1960s, Perhaps I would have tried to be a sailor – just like what my father did and I always wondered how it would have felt to lead the life of a nomad. I am pretty certain that I have romanticized the life of a sailor and their journeys must have been both arduous and mundane.