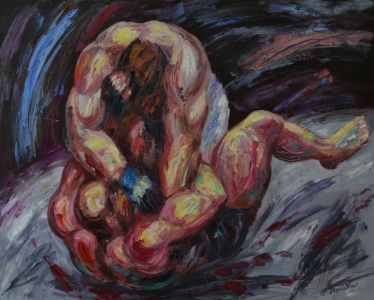 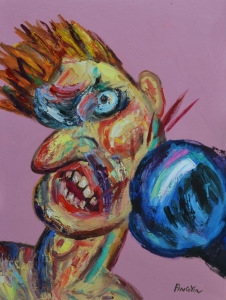 Ping Yin was born and grew up in Beijing, China. In 1996, he emigrated to the United States. He currently lives in New York City. Yin has focused on contemporary paintings, primarily in oil.

Ping Yin start painting at very early age. He studied with professor Luo Gongliu, a famous artist in China, After he finished college education in 1986, he become a professional artist working at the China Post Museum for several years. In 1989, he was honored with the prestigious “Outstanding Prize of Contemporary Young Talents Ink and Wash Painting Exhibition” sponsored by Hong Kong, Taiwan, and mainland China. In 1992, Yin was the winner of an Honorary Prize at the International Chinese Painting Exhibition. That year he had a major personal exhibition in Beijing. In 1993, Yin won additional recognition for a major acrylic fresco for the Hilton Hotel in Beijing. This was followed by two personal exhibitions in 1998 in New York. Additionally, he joined many group shows internationally including China and the United States. Yin is a member of Salmagundi Club (American artist society founded in 1871). In 2020, his oil painting “Tennessee Singer” won the John N. Lewis Award in New York. Ping Yin’s paintings are in collections by the Beijing International Yiyuan Art Museum, the Tokyo Cunshang Art Museum and many private collections throughout the U.S., Asia, and Europe.