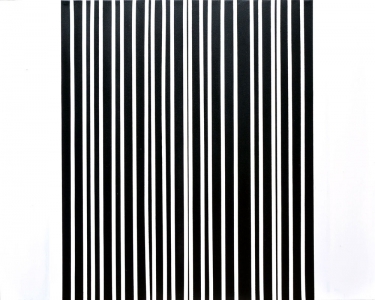 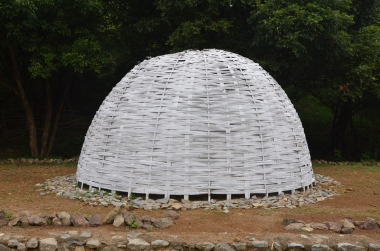 Chih Rong Tsai is not only an artist with style, according to my perspective, but also a socialized artist. Especially I emphasize the word “socialize” because I was shocked by his advocating and sponsorship of “environment- dynamics” on several occasions. I am convinced that it is where the meaning of Chih-Rong Tsai lie, in the development contemporary art history of Taiwan.

Doubtless, Chih-Rong Tsai was cultivated in the location Taipei, where provide the best artistic atmosphere for the growth of an artist. Since 1976, his name appeared in the “Basement Studio Joint Exhibition” when he was nineteen, for more than twenty years, he is still an active and one of the representative artists in the 80s and 90s, after the Oriental Painters’ Club and the lads of modernist painting. Starting from the primitive and direct expression of personal feelings in the “Primitive and Motive”, a huge painting with brushstrokes, vivid color, and stacked and compressed images, his paintings tended to convey his rebellions and overflow of power feeling temperament of being an “angry youth”. Later, he employed computer codes as his new painting language, transforming direct outburst of feeling into retrospection of scenes city image, and life through computer codes. From Chih-Rong Tsai pursuit from image to symbols, he experienced social and spiritual changes. He is a young artist that struggled away from the compression and stacking of reality and feedback the reality with compression and stacking with the terse and mysterious computer –hermeneutics series. I like deciphering of computer codes, the middle aged realistic artist is still full of sensitive passion, energetic drive, and an understanding heart.