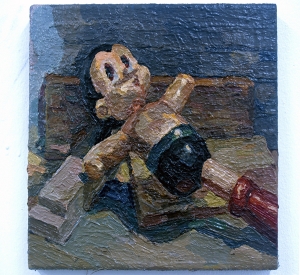 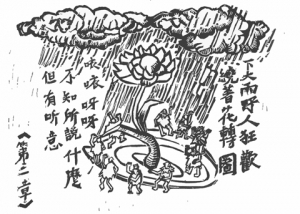 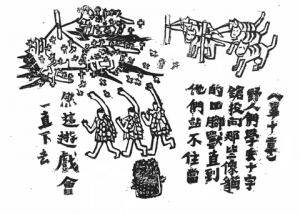 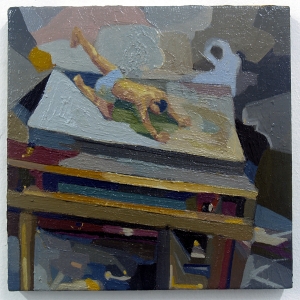 Based on a custom where has a tradition which located in the Southern China. In the early years women have no such freedom as in the modern days because they are not allow to have their job and their lives only bond to their families they married to. Under the system of male dominated society it is hard for women to speak out their unhappiness therefore being in tolerant it is the only way they do. The custom which is women can damn it all which they are not satisfy, while they are standing on the top of roofs yelling or crying to the sky from dawn to sunrise. Attention: “during this specific short time those married women who express their anger hysterically and emotionally without concern about how the people and society judge them, because this tradition, this becomes apart of women’s daily activities.”

Here is the concept which is influenced by this “bizarre” tradition. For these 15 wood – cut prints which are about a person complaining and disappointed to this society. The anger voice become an image, dame words as the poem. We cannot get all satisfaction from what we expect; disappointed yet afraid to speck out, block by the communities and social voice. Art as format to present this fact that as I concern about, which is a sophistic way to relieve the pressure off.