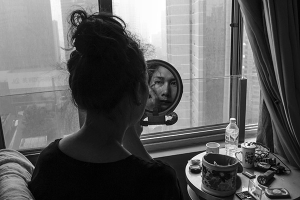 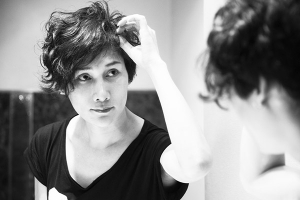 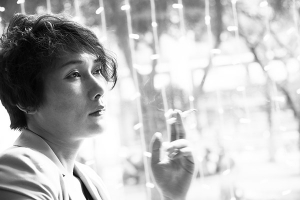 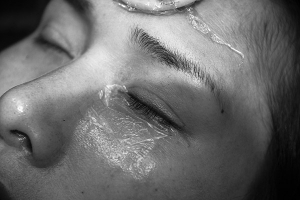 Jiao Jiao
Jiao Jiao was Tai Zhang’s schoolmate growing up in Chongqing, China. He had a feminine identity since childhood, and as he grew up found that the call to become a woman become stronger. He began dancing in nightclubs and effectively living as a woman, although his body was still male. During 2008 – 2010, Jiao Jiao underwent two operations, first a breast implant procedure in China, then later surgery in Bangkok to remove his male reproductive organs. What should have been the crowning achievement in her journey to womanhood instead created a feeling of displacement due to severe hormonal imbalances, and created a need to recraft her identity entirely.

This story focuses on Tai’s meeting with Jiao Jiao on the occasion of their school reunion. Jiao Jiao was visibly anxious as the reunion approached and smoked heavily, as the insecurities around acceptance that she had to navigate on a daily basis were now about to manifest themselves in a very acute way. When the date of the reunion finally arrived, people’s reactions to Jiao Jiao were unexpectedly accepting. Almost no one showed visible discomfort, and welcomed her with the same degree of warmth as they gave to their other schoolmates. This anticlimactic affirmation from her schoolmates gave her new confidence and hope for integration as she continues to form her identity as a woman in her community. Jiao Jiao now lives in Shenzhen and works in a teahouse, where she is part of a network of several transgender people who live there.

Implications
The story of Jiao Jiao has broad implications as a benchmark of the state of LGBT life in China, as well as the general state of the country’s social development. China is still perceived to be a highly conservative society, where LGBT people are not comfortable to come out to their family or friends for fear of rejection. Within this context, how is it possible that a transgender person can be so openly accepted in spite of the social implications such a friendship might have on her friends’ own social and professional networks? LGBT life in China is without doubt evolving past our dated expectations of conservative restriction. The country’s economic expansion has brought new ideas, which when combined with inherently Chinese values like social harmony, have created something of a safe zone for gay and transgender people. While people may feel confined by the expectations of individual relationships (one’s parents or employer, for example), at a broader level they are aware that they live in a peaceful society where they have little risk of physical harm for their life choices. This is in stark contrast to some more advanced economies, where there are news reports of continued threats of physical harm for LGBT people.