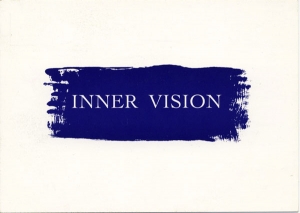 Masaaki Noda was born in 1949 in Hiroshima, Japan. He obtained his BFA at the Osaka University of Arts in 1972, and later received the Elizabeth Carstairs Scholarship to study at the Art Students League of New York from 1977 to 1980. He has been living and working in New York City ever since. Masaaki Noda has been exhibiting internationally since 1976. In 1987, he was included in an international group exhibition with Jasper Johns, Frank Stella and others at Gallery International 52 in New York. His work has been collected by several U.S. museums. According to Noda, he likes to express the inner and outer worlds of nature for pictorial dynamism. For him, they radiate energy and originate either from the tellurian or the celestial world: perpetual motion which embraces abstraction through the potential and momentum of its intrinsic energy of nature.

Chi Hung Yang was born in 1947 in Taoyuan, Taiwan. Yang graduated from the National Taiwan College of Art in 1968. He studied print at the Pratt Institute in New York in 1976 and has resided in New York since 1979. He has received the honor of residency from The Institute for Art and Urban Resources, Inc., for the period from 1984 to 1986. In 1989, he received an award from the Governor of New York as an excellent Asian artist. From 1971 to 2001, he has had thirty-four solo shows and numerous group shows in the U.S., Asia, and other countries. For Yang, he tries to reflect the primordial forms of nature and its unending succession of growth and decay on his works. Yang states that his creation of art is an attempt to explore the sensitivity of the primordial and the delicacy of the powerful. His liberating action of painting incites desires while resonance between his action and his works produces overwhelmingly dramatic power. His creation of art wonders on the ambiguity of abstraction and representation.

Marlene Tseng Yu was born in 1937 in Hua-Lian, Taiwan. Yu received her BFA from the National Taiwan Normal University in 1960. She came to the U.S. in 1963, and earned an MFA from the University of Colorado in 1967. Working in her studio in Soho, he has been based in New York since 1969. She has been curator of the new art movement, Forces of Nature, since 1995, and is also founder and curator of the Rain Forest Art Foundation, a non-profit organization with a mission of saving the rain forest and the world. Yu has numerous exhibitions in Asian, Europe and the U.S. Up to 2003, she has had 46 solo exhibitions and 44 group shows. In her career, she has received 7 awards in recognition of outstanding achievement in art or as cultural pioneer from various organizations including American Biographical Institute and NYC Council. According to Yu, she loves the many elements of natural environment, be they as broad as the horizon or the cell under a microscope. In this vast range, she hope to capture the spirit of the universe, its rhythm and movements, its quiet and angry moods, its colors and forms. Even after thirty years of work on the abstraction in Nature Series, her art continues to focus on the beauty of nature, calling for appreciation and awareness of what needs to be done to preserve the environment. She hope that her efforts in the Environmental Green Movement in art prove to be substantial and that her art is both timely and timeless.