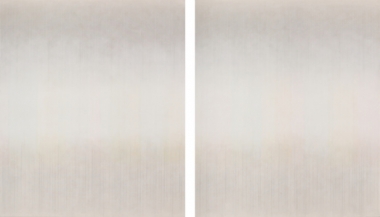 Shen Chen is a New York based artist. Born in China, he learned to paint at a very early age, attended Shanghai Art College from 1973 to 1978, long before he came to the United States. After teaching there for a short while, he was enrolled into the Shanghai Academy of Theatre where he continued to study painting and set design. During those school years, his works were shown at a variety of venues such as the Shanghai Art Museum. Soon after he received his BFA, he left Shanghai and worked as an art director for the China National Opera in Beijing. There, he was involved with a group of young artists, poets and musicians experimenting with new art. His focus was on abstract ink paintings. After his first solo exhibition in Beijing in 1984, he showed his works in both China and aboard. He cooperated with an Italian poet and published their first collection of paintings and poem in Rome. He also won National First Prize for his set design for a Chinese battle. His work was first on view in American Gallery in 1988 in New York and Boston. The same year, he came to the United State on a fellowship at Skowhegan School of Painting and Sculpture in Maine. It was during that summer that his fundamental idea to making art had changed. He made a series of large-scale ink abstractions with his new ideas. The following year he was honored as an exchange student to the School of Painting and Sculpture in New York, and then worked on his MFA at Boston University.

With excitement and ambitiousness, he moved to New York in 1990. He has lived and worked in New York since then. Based on his early training with Western paintings and Chinese ink paintings, Shen explored various materials with different methods. His painting series "Diary" from 1996 to 2003 suggested a new tendency to his style. In the meantime, he had another cooperation with his long time friend--a poet--for a theatre piece in New Jersey. Starting in 2001, he has been working on his new version series "Untitled". His paintings have changed dramatically along the way to develop his basic concept of the making of art.