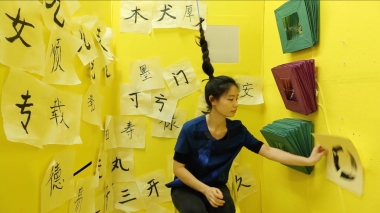 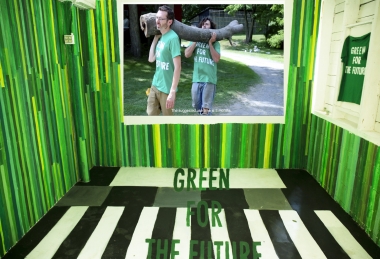 Furen Dai’s practice has focused largely on the economy of culture industry, and how languages lose function, usage, and history. Dai’s hybrid art practice utilizes video, sound, sculpture, painting and collaboration. Her years as a professional translator and interest in linguistic studies have guided her artistic practice since 2015. She has been researching and developing the nearly extinct language of NüShu. The language, derived from Chinese characters, was created and used exclusively by women.

Dai received a Bachelor in Russian Language studies from Beijing Foreign Studies University in 2010, a Graduate Diploma in Entrepreneurial Management from Boston University. She also holds a MFA degree from the School of the Museum of Fine Arts at Tufts University in 2016. Her work has been widely exhibited in the U.S. and around the world. Past exhibitions include 13th Athens Digital Arts Festival (Greece), OSMOSIS Audiovisual Media festival 2017 (Taiwan), Illuminus Boston 2017, Now&After'16, The State Darwin Museum (Moscow). She is a recipient for The Milton and Sally Avery Arts Foundation Fellowship in 2017, Excellence Award for the 21st Japan Media Arts Festival. The exhibition at 456 Gallery will be her first solo show in New York.