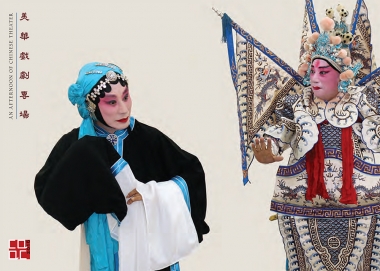 On November 26 2016, an Afternoon of Chinese Theater, presented by Chinese American Arts Council, will be held at the New York Chinatown Community Theater at CCBA.

[Peking Opera] is one of the representatives of Chinese traditional theaters, originated from the Qing Dynasty period. The opera was originally produced as an entertainment for nobles of the imperial court. Gradually, for its rich history of memorable performances and interesting repertoire, it was spread to the general public and became a popular theatrical act. Over the last several hundred years, some traditional theatrical elements had been preserved through Peking Opera, whether it’s the colors and lines to create various patterns to symbolize the character with the masks, or the role of the simple hand props that turn into the images of horse carts and horses. Undeniably, some Chinese culture lived through the history via the long history of Peking Opera. In 2010, UNESCO promoted the inclusion of the Peking Opera as part of the “Intangible Cultural Heritage” list.