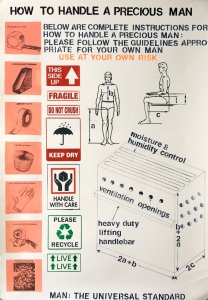 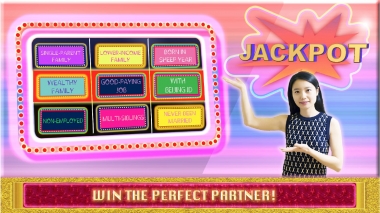 Marriage has always been one of the most important topics among Chinese of various age groups. Numerous fairytales, sayings, and metaphors related to marriage and women exist. Some examples are “It is better for a woman to have a good marriage than a good job” and “filial piety is one of the virtues to be held above all else.” “Three forms of unfilial conduct exist, of which no posterity is the greatest.” All of the sayings that are learnt by heart since Chinese people were children become heavily infused into their bodies and become a part of their consciousness, which is even more true for elder generations.

This body of work comes out of an on-going research project I began in 2017 around the marriage market in China. I have been examining closely the different social phenomenon and industries associated with marriage. Examples include commercial matchmaking agents and companies, blind date TV shows, online dating apps and matchmaking corners in both metropolitan and secondary cities, where unmarried adults’ parents are gathered together to trade their children’s information. During this examination I attempted to study the social cause behind this collective anxiety around marriage, and how it existed across generations in China.

Aside from the study of this contemporary issue in society, I’m also looking through a rational lens by using a mathematic algorithm to calculate the possibility of getting married. Even though there is a huge gender imbalance in China, the male is still the ‘hot product’ in the marriage market. I’m comparing the male to the art object, and the marriage market to the art market, in asking what makes the art, or males, valuable and desirable.

Dai received a Bachelor in Russian Language studies from Beijing Foreign Studies University in 2010, a Graduate Diploma in Entrepreneurial Management from Boston University. She also holds a MFA degree from the School of the Museum of Fine Arts at Tufts University in 2016. Her work has been widely exhibited in the U.S. and around the world. Past exhibitions include 13th Athens Digital Arts Festival (Greece), OSMOSIS Audiovisual Media festival 2017 (Taiwan), Illuminus Boston 2017, Now&After'16, The State Darwin Museum (Moscow). She is a recipient for The Milton and Sally Avery Arts Foundation Fellowship in 2017, Excellence Award for the 21st Japan Media Arts Festival. The exhibition at 456 Gallery will be her first solo show in New York.