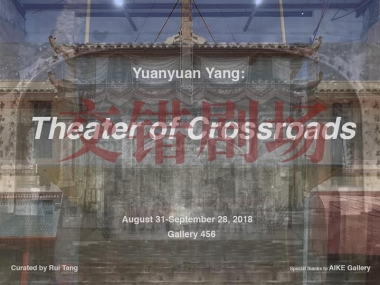 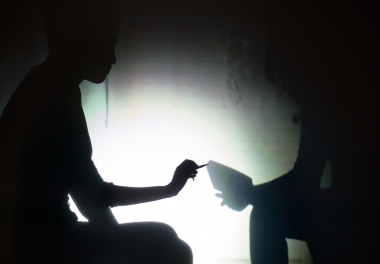 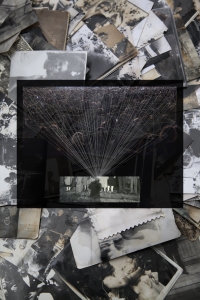 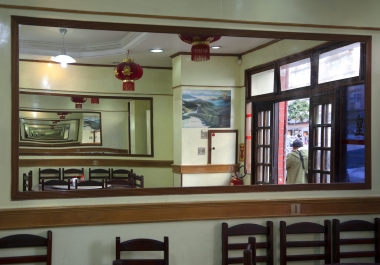 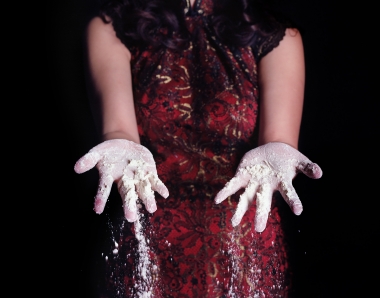 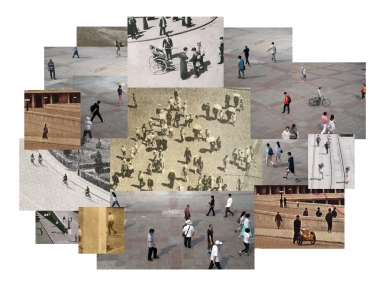 Theater of Crossroads is the first solo exhibition by Beijing-based artist Yang Yuanyuan in New York. The exhibition showcases photographs and a performance video from four different projects—10 Days in Kraków (2014), At the Place of Crossed Sights (2015-2016), Dalian Mirage (2017-ongoing), and Yang’s current research about a group of pioneering female performers of the Chinese diaspora. Interlacing the existing stories and historical events embedded in the works from these projects, the exhibition forms a cohesive narrative oriented around migration and war in the 20th century. Yang Yuanyuan highlights five prominent figures in relation to the aforementioned projects and, through these characters, the exhibition gives voice to individual stories and re-contextualizes the complex history of diaspora and cultural circulations.

The artist’s practice often involves piecing archival materials and a variable of visuals and texts together to discover a given event or time in the past. It is noticeable that Yang embeds her personal experience and imagination in her works to reconstruct the existing narratives, which differentiates her practice from traditional and academic practice. By incorporating cross-disciplinary sources including film and literature and, most importantly, her own photographic works and writing, Yang mixes fact and fiction to create complex and anachronistic storylines. Questioning the way in which the history is written, Yang Yuanyuan’s works are visual stories that strive for alternative historical interpretation, especially of those who are forgotten, silenced, and misrepresented.

These highly idiosyncratic and intricate narratives are embodied in each project in this exhibition. Mixing her own travel experiences, a collection of anonymous personal photos with novels, and films from different time periods, 10 Days in Kraków contemplates the history of the Second World War in relation to Kraków. In a theater play format, Dalian Mirage (2017-ongoing) stages stories of various figures from different eras in the context of the Sino-Japanese War and the colonial history of Dalian, China under Japanese occupation between 1905-1945. The work reveals the forgotten homecoming of displaced Japanese in China. By narrating stories of several photographers in Porto Alegre, Brazil in the late 19th and early 20th centuries and the artist’s personal encounters with them, At the Place of Crossed Sights (2015-2016) explores the history of European and Chinese immigration to Brazil. The artist’s newly developed and ongoing project, displayed in her work Prologue: Curtains Up (2018), traces a lost 1939 film (created by female Chinese-American filmmaker Esther Eng). The artist has searched across multiple timelines and locations, including Chinatown in San Francisco, New York, and Havana. By assembling surviving fragments of the Chinese diaspora, Yang intends to unveil the backstage world of female performers in the Cantonese opera, film and entertainment scene between 1914-1970.

Collectively, these works manifest Yang Yuanyuan’s interdisciplinary methodology of visual storytelling. Navigating both individual and collective memories around the war and migration in the 20th century, Theater of Crossroads sheds light on marginalized groups under the impact of colonial policy and identity politics.